I’m writing about this issue because it reflects two things: my fandom for the Marvel Universe, and my enduring admiration throughout much of my life to the many great animated series, games, comic books and even Youtube re-dubs put out by Marvel. I used to be a big fan of the X-Men when I was younger, then was quite a fan of Iron Man and in recent years I’ve come to enjoy the Avengers through their cinematic entry and their recent comicbook tussle with the X-Men (five of which were powered by the Phoenix Force). It comes from this perspective that many people may find it difficult to criticise the things they love.

From about 10 days ago I saw a memetic emergence, in true Susan Blackmore style, a cultural idea was successful enough to be interesting to people that people would wish to replicate it, or reblog to be more specific. This memetic emergence came from (I understand from a trustworthy nerd source) a comparison between a comic book cover of Character Natasha Romanov/Black Widow replaced with the male character Clint Barton/Hawkeye. Many people found the interpretation so powerful that they made their own versions, some looking very low quality (but that’s not really the point) and others are more professional looking mark-ups, transposing ridiculous poses that women are depicted in on the covers of comics, to drawing men in such a fashion. 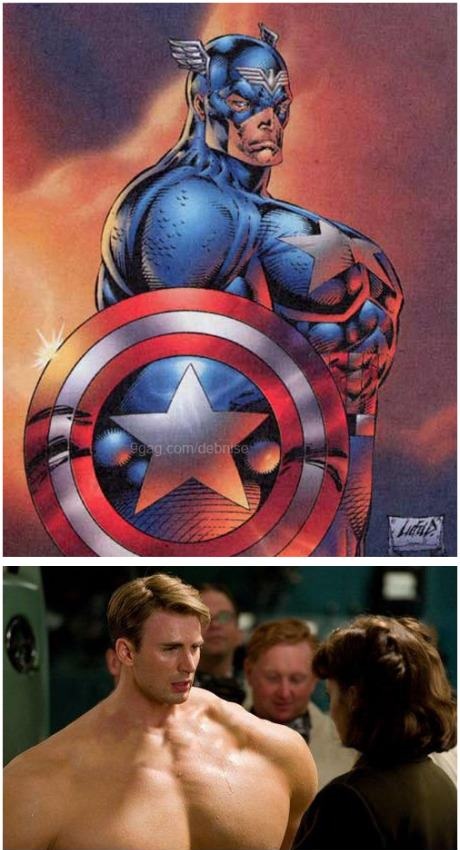 The Hawkeye Initiative, as it came to be known, began to collate a large number of variations on a theme. Not just Marvel comic book covers began to be copied, it became evident that this seemingly humourous transposition of a female character on a comic issue’s cover to a male one reflects the systematic objectification of women in comics. Compared to men, female characters are often in postures which would be difficult to maintain, perhaps physically impossible. The depiction of women often reflect idealised perceptions of what comic writers, artists and what they presume their audience would consider as an idealised female body. The costumes of women, when worn on men in such a way that the Hawkeye interpretations show, reflect the inherent disproportionate treatment of women as sexualised in some kind of enticement towards the audience.

For a long time I was aiming to write a piece on how unrealistic male comic characters are physically, however it seems that it is the case for both men and women characters. 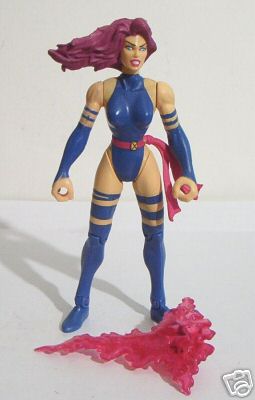 (image: Elizabeth ‘Betsy’ Braddock, or Psylocke action figure. I used to have one this very action figure when I was younger, and it was a very rare find)

The Hawkeye Initiative shows the institutional disadvantage of women in comic book culture. The comics represent many of the gendered values of ordinary society and while some comics can be progressive in political and social ways, gender is a bit of an Achilles’ heel. It should be said that while there is a progressive aspect to the subversion of gender roles embodied in the Hawkeye Initiative series of comic book re-interpretations, a number of people have pointed out the ways in which transgender people could also face the same kind of ridicule in that their bodies at birth may not conform to the percieved norms of how females are depicted in comic books and wider culture. By the way of subverting the posture of say Black Widow or Ms. Marvel and depict it a Hawkeye as point of comedy, it has been seen as a ridicule of those who do not fit the putative conception of a straightforward gender and sex isomorphism. This was brought up on the Tumblr blog and the moderator of the blog acknowledged this as problematic but no specific offense was intended to groups such as those individuals assigned female at birth.

The dictum of cultural challenge

From the Hawkeye Initiative has come talk of the ‘Hawkeye test’ in comics. This is in my view an example of culture as a form of critique, at its best. In many points throughout my blogging and even in my non-blog writings on aesthetics, I’ve spoken of something I’d call the Dictum of cultural challenge, this is the notion that culture insofar as it is worthwhile, should challenge the ills of the status quo. A corollorary of this principle would be: art that makes one see the world in a different way, gives one the potential to think of the world in a different way. Perception in this sense becomes politicised. By noticing the ways in which men are depicted in comic books as a neutralised and non-gendered stance, while women are highlighted as gendered when if their male counterparts are drawn in a similar way the latter looks unusual or (excuse the pun) comical, then there is an asymmetry of our imagination, an inequality of the ways in which we treat gender.

(Image: Miss Sinister, I think its fair to say that the ‘Miss’ is more noticable than ‘Sinister’) 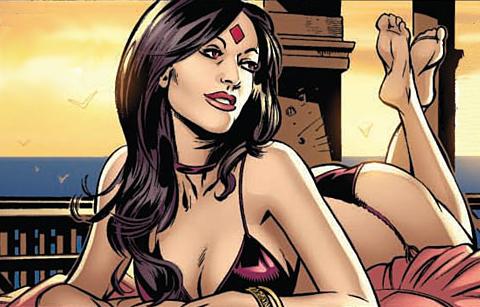 Here’s the thing. I still really like Marvel Comics, and I think there are interesting characters of all genders and none. The objectification of women puts off a large audience to very engaging stories and strong characters, such as Major Carol Danvers/Ms. Marvel who outranks Captain America, or Ororo Munroe/Storm, who not only faces the challenge of being a mutant in an homo sapien world, but during combat faces her claustrophobia in perilous situations. Thinking about the sexualisation of women also makes me rethink about other female comic characters, such as Vampirella or Witchblade. I wonder how much of the value or appeal of Vampirella would be there without the constant titillation and lecherous behaviour of the vampire men she opposes, or in the case of Witchblade, which of the alter-egos do we consider more challenging to the putative discourse on femininity. One thing is for sure, objectification in comics hurts the audience, the potential audience comics are losing and most of all, its culturally damaging to perpetuate what is essentially a status quo about gender perceptions about physical appearance.